A few weeks ago,  we worked together with the Civic Garden Center of Greater Cincinnati and Walnut Hills Cincinnati Early Learning Center (CELC) to build a small creek in their natural playscape.  We really wanted the children to be involved each step of the process, so out came the buckets and shovels so they could have the experience of putting together their own creek.

The children filled their buckets with sand and dumped them into the frame.  Later we would press the sand down to create an indent for the creek bed.  The children called this stage making “The Beach” and there was a lot of quacking involved. 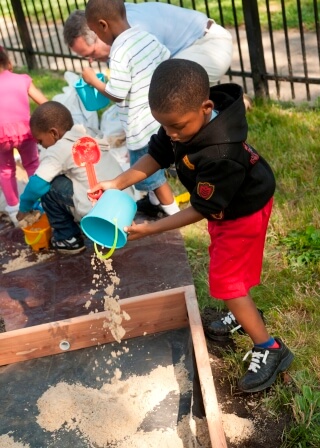 The children next added different sizes of rocks, debating and then agreeing on where the biggest rocks should go. 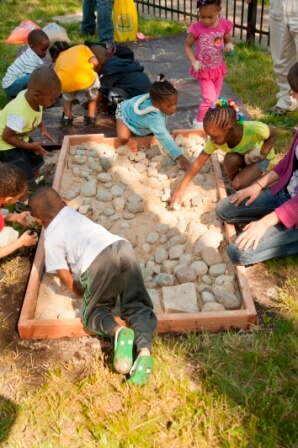 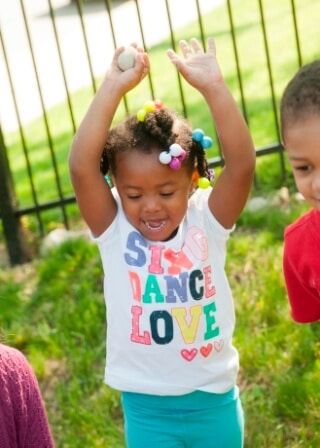 And then it was time to play!  Scooping up water and small rocks, stirring up sand, moving rocks to build reservoirs, testing which toys would float down the creek and which would sink, experimenting with blocking the hose. . . there was so much to do! 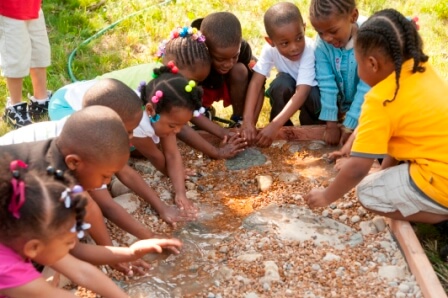 See the children in action as they build their creek. 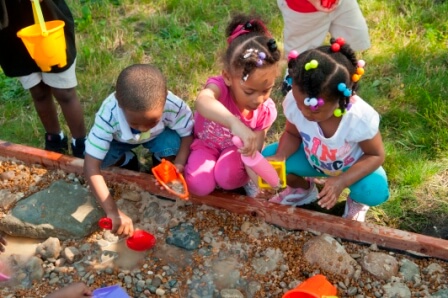