The Theory of Multiple Intelligences

The Theory of Multiple Intelligences

The developmental psychologist Howard Gardner created the theory of multiple intelligences in 1983 as a model that proposes the existence of many different intelligences instead of just one single entity called intelligence.  The theory suggests that there are 8 main intelligences which people possess: spatial, linguistic, logical-mathematical, body-kinesthetic, musical, interpersonal, intrapersonal, and naturalistic.  (Gardner also tentatively suggests a ninth intelligence, existential, though it is not officially included in the model).  Each person has their own unique mix of intelligences and though a person could be identified as being particularly strong in one area, this does not mean they are weak in all of the other areas.  All intelligences work together and complement each other as people learn.

Return to our blog to see how each of the intelligences can be encouraged in the wonderful learning environment that is the outdoor classroom.  In the mean time, check out other ideas on what the children can learn on the preschool playground by visiting The Adventurous Child. 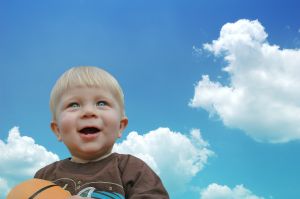